"Power pop is back...thanks to singer-songwriter Jeffrey Morris"  The Chronicle-Herald

Happy to announce that my single 'See The Summer'  was released in 2023 to radio worldwide! Thanks CJC Promotions, and please follow my FB page for updates HERE

Happy to announce that the new Jeffrey Morris 'See The Summer' Official Lyric Video is out. Check out the link if you get a chance guys, and as always all subscribes, likes, and comments are welcomed.

Happy to announce my group Taquila will be headlining this years Montague, PEI 'Summer Days Festival'! Showtime is 9 pm on Sunday, July 14 /19 on the Montague waterfront stage! 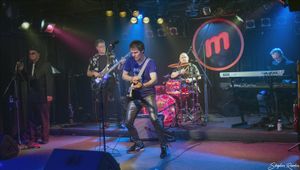